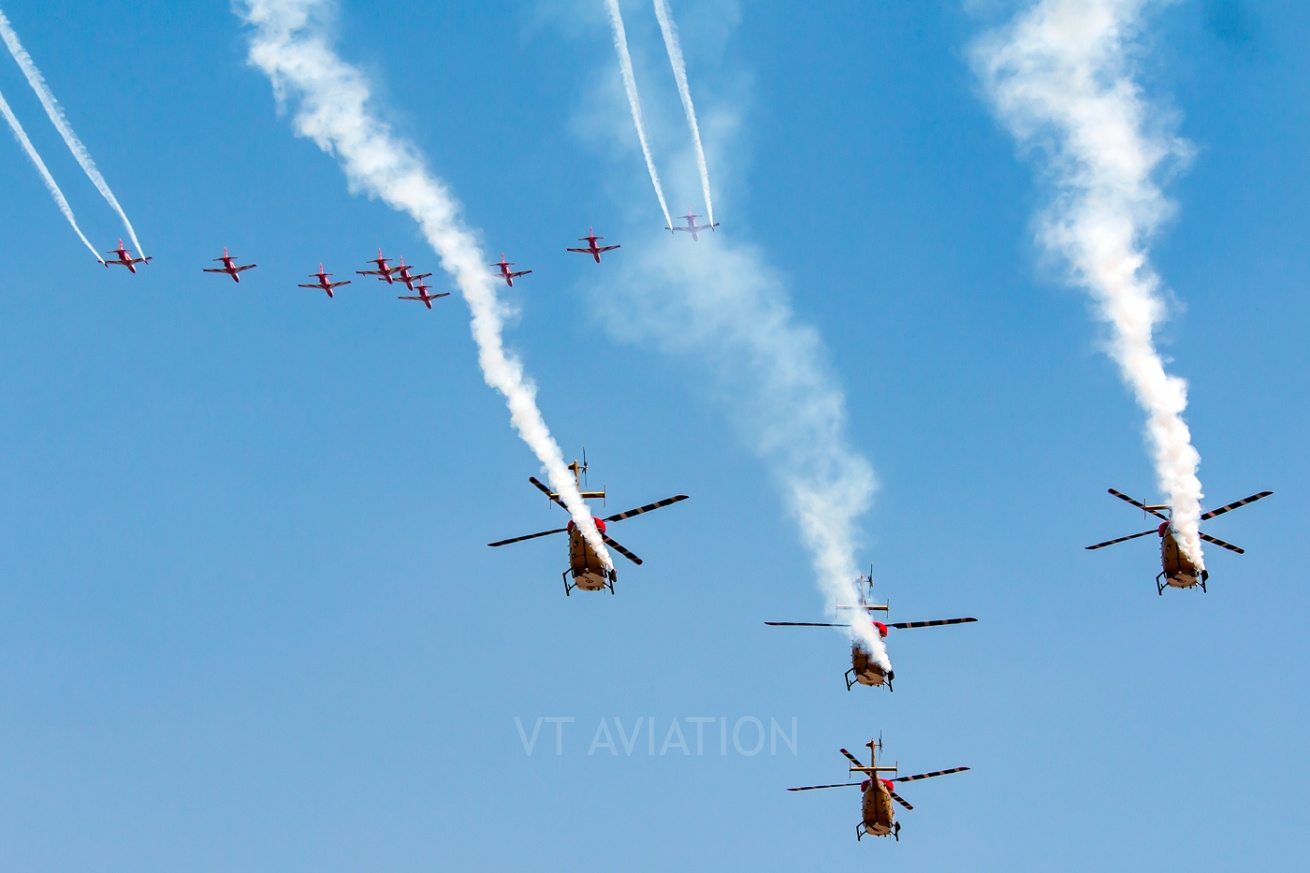 Like every alternate year, this year too, Yelahanka Air Force Station, was the venue of India’s most loved and followed airshow, Aero India. Amidst the COVID-19 situation, it was a brave decision for the authorities to go ahead with the event for three days (between February 3 and 5) by making it a business only event.

In the history of Defence Aviation, especially of the Indian Air Force, the Suryakiran and Sarang Teams performed together, for the very first time at AFS Yelahanka, Bengaluru. After months of combined exercises and practices, the Suryakiran and Sarang teams ensured they would entice the crowd with their synchro maneuvers. A total of 13 (9 Hawks and 4 ALH Dhruvs) filled the skies over Yelahanka and Bengaluru with a “Wow Factor”.

The show also had other performances which included a number of fly-bys and solo displays from the Hindustan Aeronautics’ LCA Tejas, Light Combat Helicopter, Light Utility Helicopter, Embraer E145 (Netra), Dakota DC-3, Sukhoi SU-30MKI, Dassault Rafale and many more. Like last time when we had the B52 bomber aircraft from the 23rd expeditionary bomb squadron at Andersen Air Force base in Guam perform a fly-by, this year we had the B-1 Lancer, a.k.a. “The Bone” from Ellsworth Air Force Base perform a fly-by along with the LCA Tejas aircraft.

In a video interview, the two Commanding Officers, Wg. Cdr. Girish Komar of the Sarang Helicopter Display Team and Grp. Capt. Anoop Singh of the Suryakiran Aerobatic Display Team mentioned that they had well planned this combined display and ensured it becomes the first combined display in the world. On all the three days of Aero India instead of the regular five days, the teams performed twice everyday. With this morning and afternoon performance, they ensured of making everyone look up in the sky, holding up their breathe.