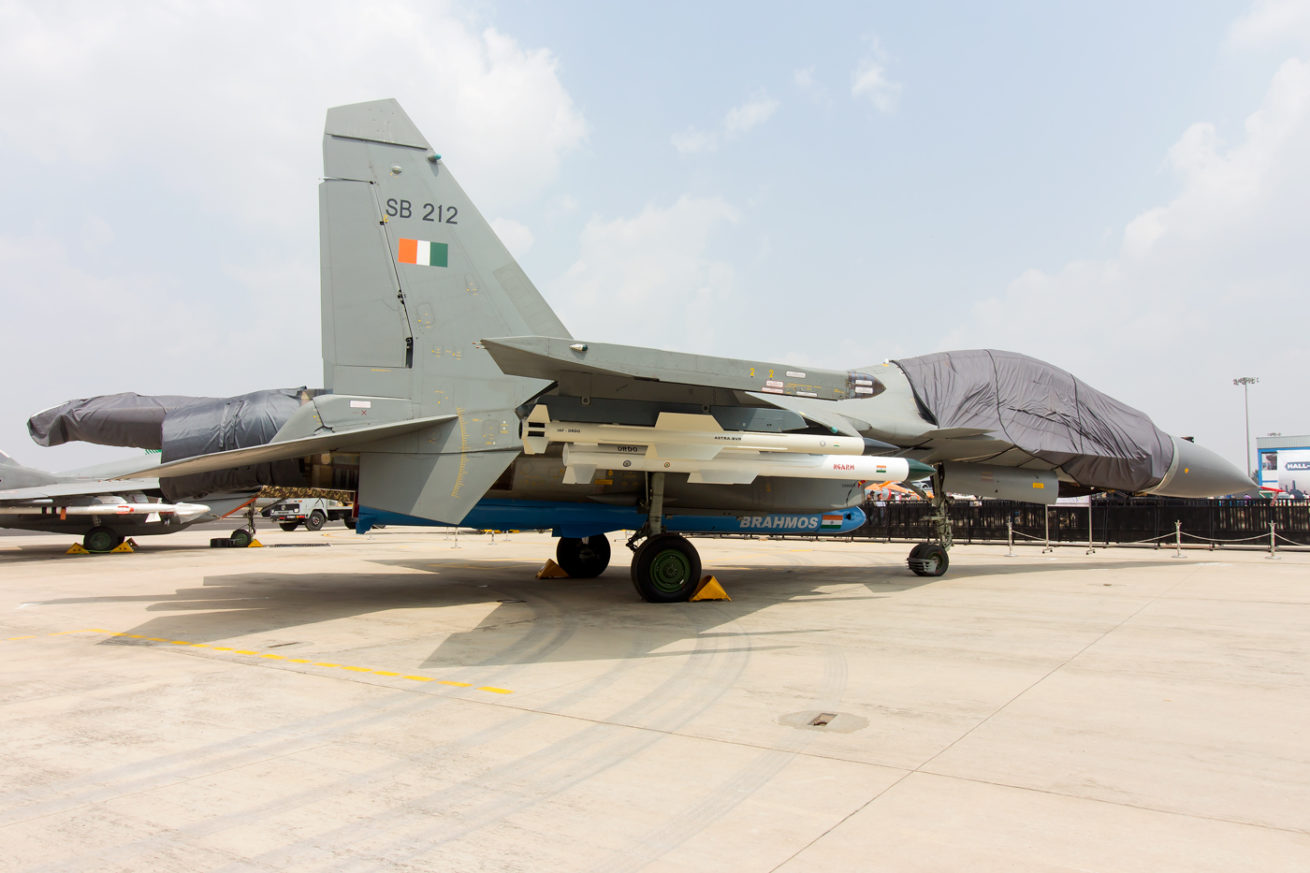 The ‘TigerSharks‘ are the IAF’s 12th Su-30MKI squadron overall and only the service’s second fighter squadron based in southern India: the other is the No. 45 ‘Flying Daggers‘ Squadron at Sulur AFS, 250 km west of Thanjavur, which operates the locally developed and built Tejas Light Combat Aircraft (LCA). – Source Janes.com

Senior Indian Air Force officer said No. 222 Squadron is expected to be equipped with its full complement of 18 licence-built Sukhoi SU-30MKIs by early 2021. Eight of these aircraft are set to be armed with the 2.5 tonne, air-launched BrahMos-A missile, which has a 292 km range.