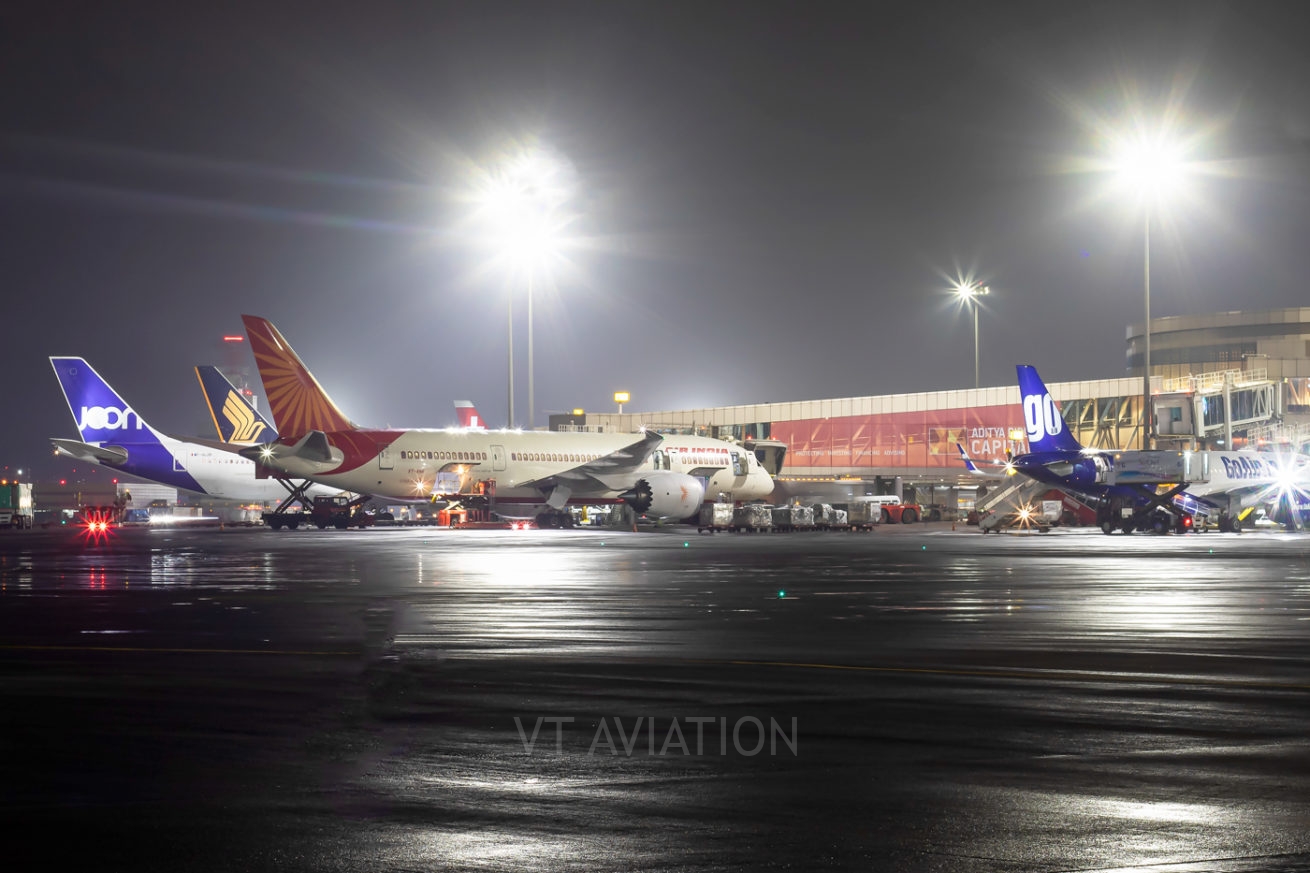 We started our 2019 with the same enthusiasm to showcase the best of Aviation content from India and across the Globe. Throughout the year, we got to be a part of some exclusive events and capture the best moments from each event. Sit back, relax and enjoy the ride through our 2019 achievements. 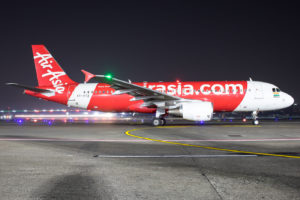 In February, we attended Aero India 2019 – Asia’s popular biennial Air Show at Yelahanka Air Force Station, Bengaluru. This airshow has participation from more than 25+ countries and provides tons of opportunities for both professionals and organizations. Aero India 2019 had a variety of flying display performances by various Air Forces and civil operators. 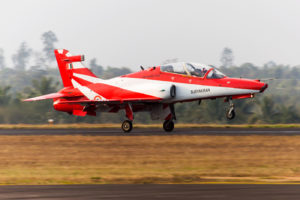 Summers of 2019 were fun as CSMIA, Mumbai welcomed its first arrival of the Airbus A330-900neo of Air Mauritius. The inaugural flight was operated by the first A330-900neo in the fleet (3B-NBU) christened as “Aapravasi Ghat”. Watch the exclusive video coverage of the first flight here. 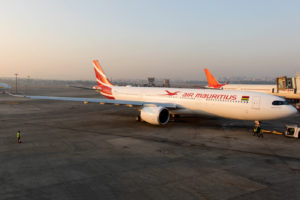 Just before the monsoons raided the skies of Mumbai, we welcomed the new and fresh looking Airbus A330-300 of RwandAir at CSMIA, Mumbai. RwandAir swapped the Boeing 737-800 with the Airbus A330 and extended the service on the Kigali-Mumbai-Guangzhou route. 9XR-WP, the Airbus A330 operated the inaugural flight to CSMIA, Mumbai. Watch the exclusive video coverage of the first flight here. 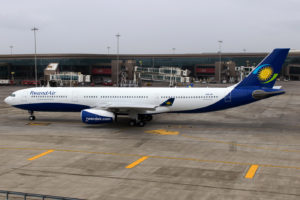 One of the awaited new route launches of 2019 – the Dreamliner service by Air Tanzania between Dar-Es-Salaam, Tanzania and Mumbai, India. This was the first ever direct connection between the two countries. The airline operated it’s first and brand new Boeing 787-8 Dreamliner aircraft (5H-TCG) for the inaugural. Watch the exclusive video coverage of the first flight here. 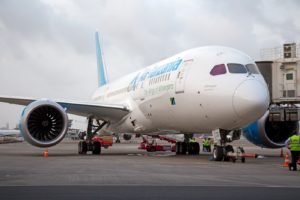 GoAir, a Wadia Group Company started flights to Muscat from CSMIA, Mumbai on July 19, 2019. The airline has expanded it’s network to Gulf and South East Asia and operates a fleet of Airbus A320ceo and Airbus A320neo airplanes. The inaugural flight to Muscat was operated by VT-WGH, Airbus A320neo. 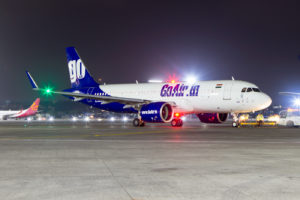 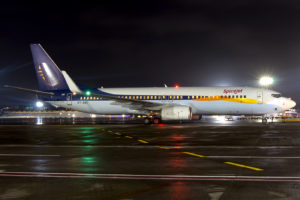 Vistara, a TATA-SIA joint venture, expanded it’s footprint to international destinations with direct flights to Singapore from CSMIA, Mumbai. The first international route for the airline was from New Delhi to Singapore. Vistara operated the leased Boeing 737-800s for their international flights (to Singapore from New Delhi and Mumbai). Few months later, the Singapore route was swapped with the Airbus A320neo that includes the Premium Economy offering. The first flight was operated by ship VT-TGD. Watch the exclusive video coverage of the first flight here. 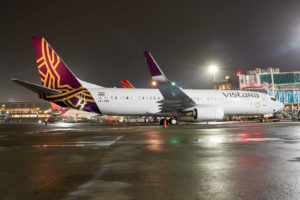 In an aggressive expansion mode, Vistara also expanded it’s boundaries to the Gulf after having started flights to South East Asia. The airline commenced flights to Dubai from CSMIA, Mumbai. The inaugural flight was operated by it’s Airbus A320neo, VT-TNF between Mumbai and Dubai International Airport (DXB). 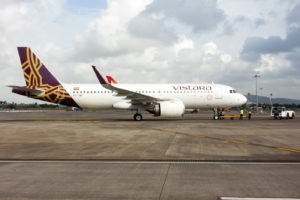 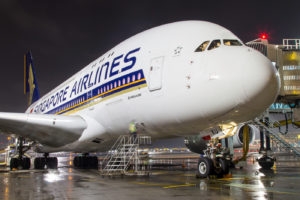 Star Air, a Sanjay Ghodawat Group airline, commenced operations to Mumbai with it’s growing fleet of Embraer ERJ145LR. The airline started operations between Belgaum and Mumbai from September 6, 2019. The inaugural flight was operated by VT-GSE. Watch the exclusive video coverage of the first flight here. 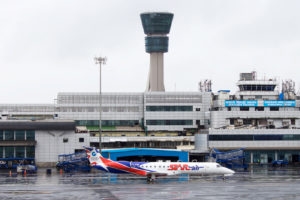 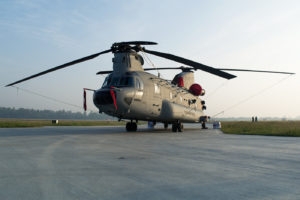 KLM celebrated their centenary (100 years) of operations on October 7, 2019. To grace this special occasion, KLM brought in their Boeing 777-200ER (instead of the regular Boeing 787-9) and we were a part of the celebrations at CSMIA. Take a look at the beautiful looking Boeing 777-200ER with the special 100 years sticker on it. Watch the exclusive video coverage of the special event here. 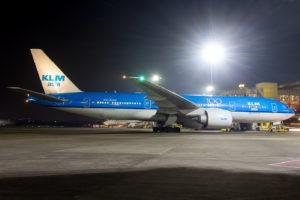 Air India commenced direct flights from CSMIA, Mumbai to Kuwait and Colombo on the day of Diwali in 2019. The airline operated VT-EXQ, Airbus A320neo to Kuwait and VT-PPL, an Airbus A321 to Colombo. 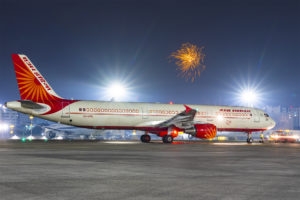 The start of winter schedule of 2019 also meant that CSMIA was due to receive the best surprise of the year. The much anticipated and awaited inaugural of Virgin Atlantic service from London Heathrow. This was Virgin Atlantic’s return to Mumbai after a gap of almost four years. The airline operated the brand new and state-of-the-art Boeing 787-9 Dreamliner (G-VCRU) to Mumbai. Watch the exclusive video coverage of the inaugural flight here. 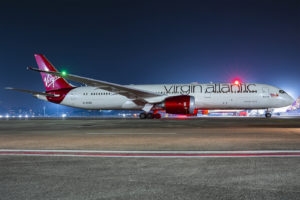 November started off with our first time ever reviewing a complete flight and our on-board experience. We were on-board Star Air’s newest flight service between Hubballi and Hindon. Here’s our detailed trip report about the experience and hospitality on board this special inaugural flight. 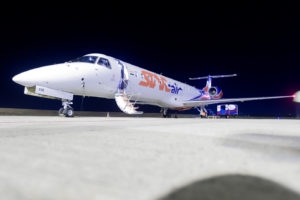 CSMIA, Mumbai welcomed China Airlines Cargo as one of it’s newest Cargo operator on November 16, 2019. The airline operates a flight from Taipei to Mumbai and further connects to Amsterdam with it’s Boeing 747-400F. This was the first ever opportunity for Team VT Aviation to cover the inaugural of a cargo airline. 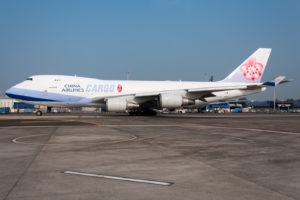 To increase our global presence and show case the best of Aviation of global standards, our team was a part of Dubai Air Show 2019. The airshow featured over 170+ aircraft on static display and aerial flying display from aerobatic flying team across the world and military aircraft. 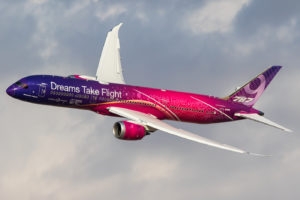 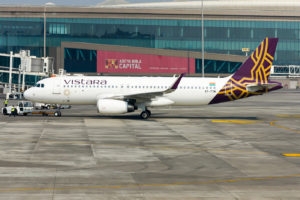 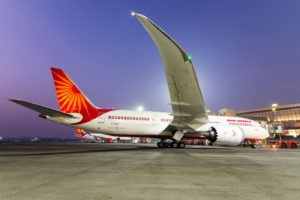 In the last month of the year, Sichuan Airlines Cargo launched a twice weekly (Friday and Sunday) freighter service from Xi’an (XIY) to CSMIA, Mumbai with it’s Airbus A330-200F. In addition to Mumbai, the airline also launched freighter services to Chennai and New Delhi. 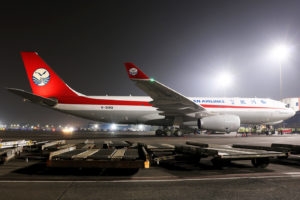 The final inaugural of 2019 and the most hyped and talked about inaugural service for the year. Delta Air Lines once again restarted their direct flights to CSMIA, Mumbai from New York’s JFK Airport with their refurbished Boeing 777-200LR. The Boeing 777–200LR features the Delta One Suite, Delta Premium Select, Delta Comfort + and the Economy cabin. Watch the exclusive video coverage of the inaugural flight here.

With this, we wrapped up what seemed to be a great year for all of us at Team VT Aviation. We only can’t wait to get back airside for the next inaugural in 2020 and share the best of aviation content.

We wish all our readers and followers a Happy and Prosperous New Year 2020! What more would you Like to see from us in 2020? Let us know in the comments below.