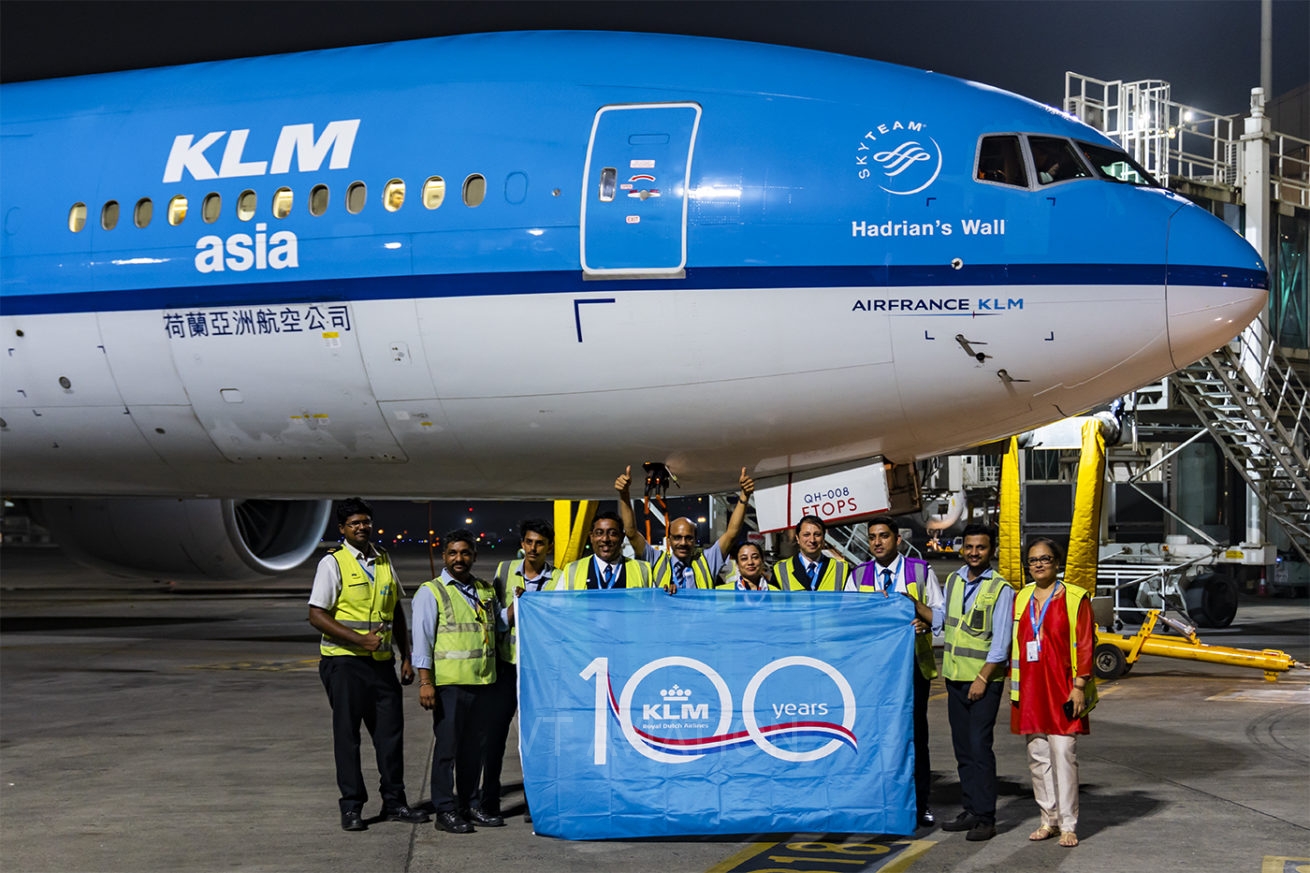 October 7, 2019, Koninklijke Luchtvaart Maatschappij (KLM) celebrated their 100th birthday and this year, KLM successfully complete a centenary of the Dutch flying. The airline is one of the oldest airline in the world and has been consistently flying millions of passengers to and from Amsterdam. In September 1919, Queen Wilhelmina of the Netherlands granted the proposed airline the title of “Royal” thus known as the Royal Dutch Airlines.

The first flight carried two journalists and newspaper from London to Amsterdam on May 17, 1919, operated by a British leased aircraft. The first year of operations wasn’t so impressive, but the airline committed to providing the Royal Dutch experience to their guests. Today, KLM operates a wide variety of fleet including aircraft from Airbus, Boeing, Embraer and connects to exotic destinations like St. Marteen and many other across the globe.

We at Team VT Aviation were invited to be a part of the 100 years of KLM celebrations at CSMIA, Mumbai on October 7, 2019. We would like to extend our sincere thanks to the airport officials for the arrangements. On this special day, KLM operated a Boeing 777-200ER (PH-BQH), which was a nice equipment change from the daily Boeing 787-9 Dreamliner aircraft. Back in 2017, when KLM started operations from Amsterdam to CSMIA, Mumbai, our team had the privilege to be at the inaugural event.

Check out the images of the #KLM100 celebration below:

Check out the video of the #KLM100 Celebrations from CSMIA, Mumbai.